Seeing abnormal Suricata alerts isn’t too unusual in my home environment. In many cases it may be a TLD being resolved that at one point in time was very suspicious. With the increased legitimate adoption of some of these domains, these alerts have been less useful, although still interesting to investigate. I ran into a few of these alerts one night and when diving deeper there was an unusual amount, frequency, and source of the alerts. 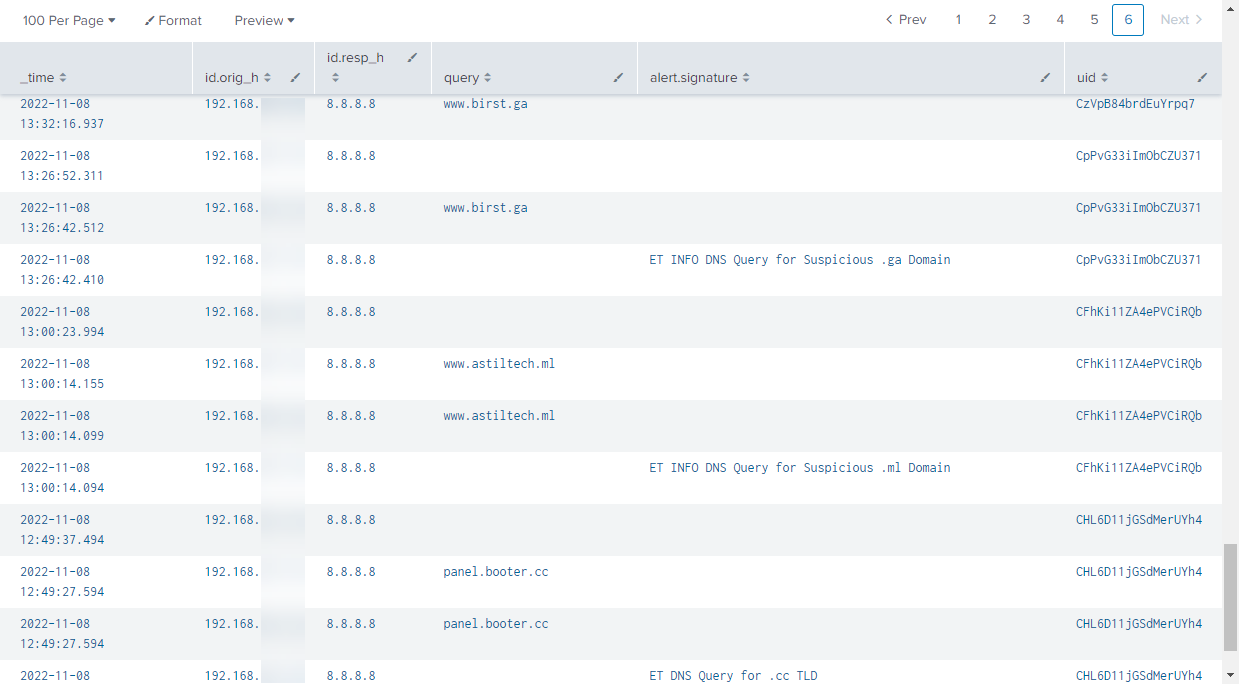 The source indicated that the alerts were coming from a dedicated internal firewall on my network, which is used to gather additional data on Honeypot attack traffic. The source ended up being my DShield honeypot. These alerts have come up before, but the amount was very unusual. Since this traffic wasn’t being shown in my standard web honeypot logs, I decided to look at local PCAP captures. 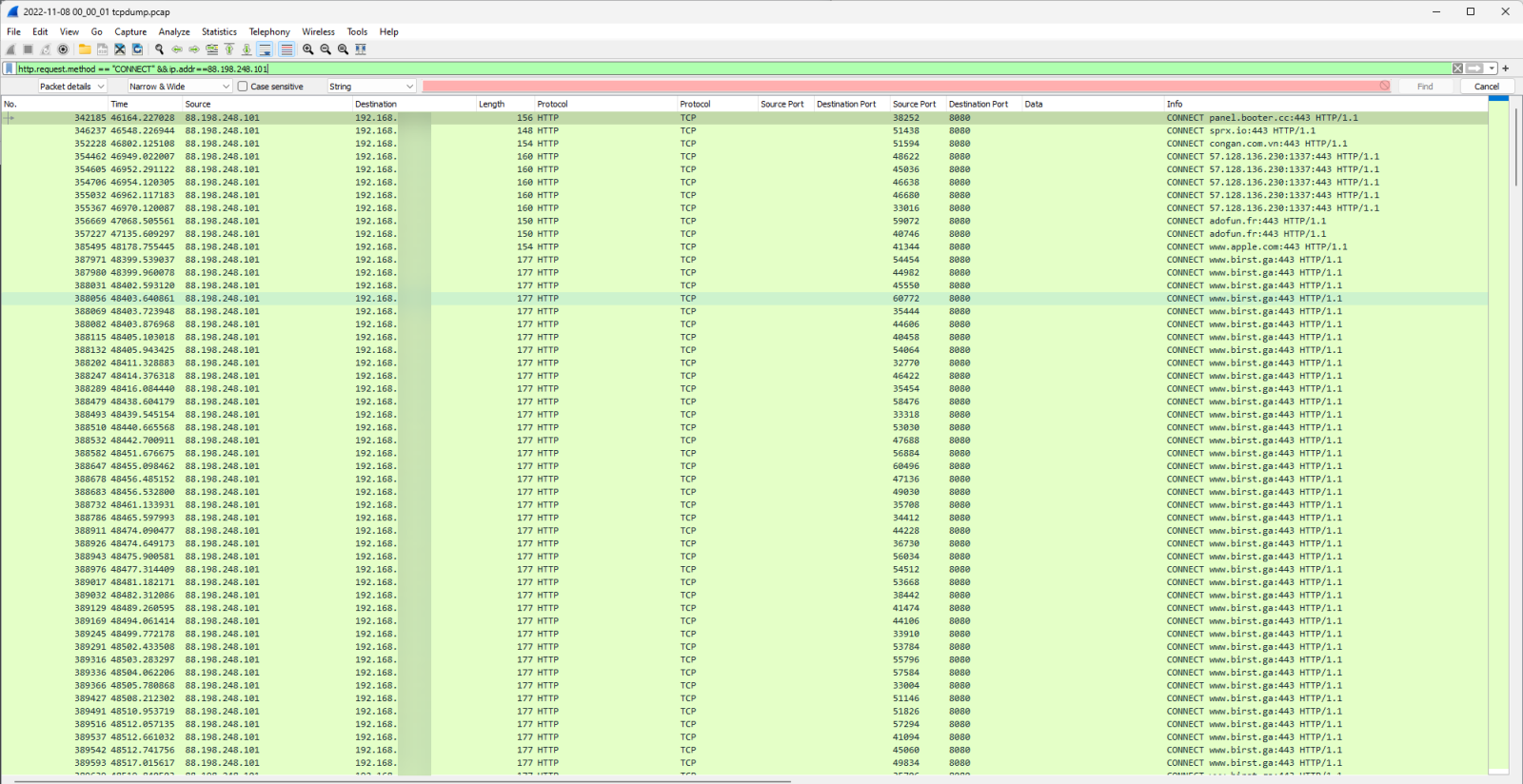 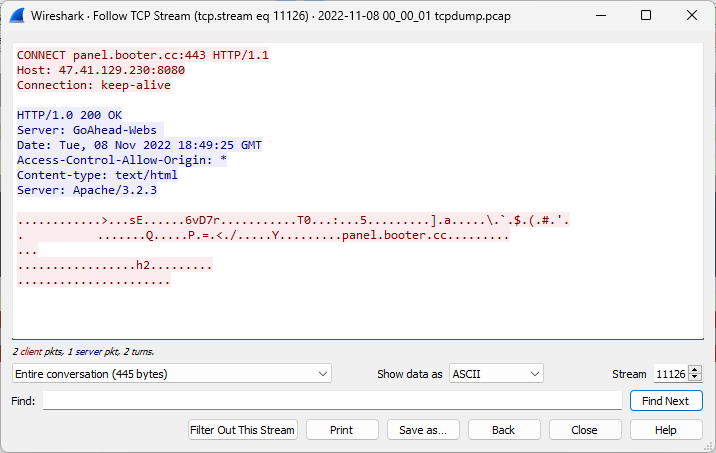 There were Zeek and other data available to summarize this information but decided to pull together a python script to process the PCAP files. The goal was to understand the scale of these requests and the change over time.

This script reviews all the *.pcap files in the current directory, prints out a basic summary of the HTTP CONNECT requests and also saves the data to a CSV file. 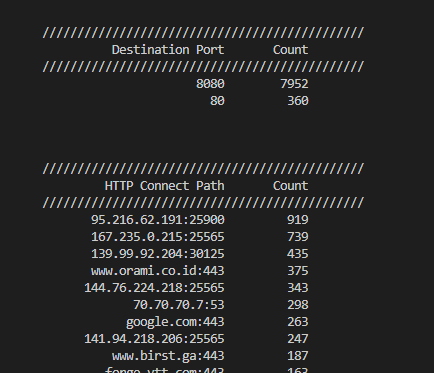 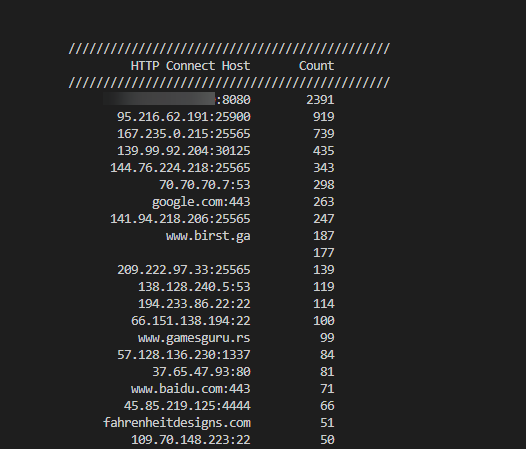 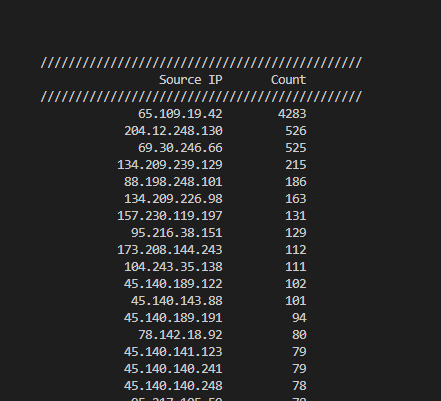 For a small snapshot of a day or two, it was completed processing within an hour or so. I was curious how this compared to historic data. I ran the same script against 6 months of PCAPS. This took over a day to process. Using a tool such as Zeek [1] would likely be quicker to get this information. The http.log file of Zeek would have the information and a utility like zeek-cut [2] could help get the raw requests.

An item that stood out when looking at the data was that recent HTTP CONNECT requests had greatly increased this month and especially in the last week. 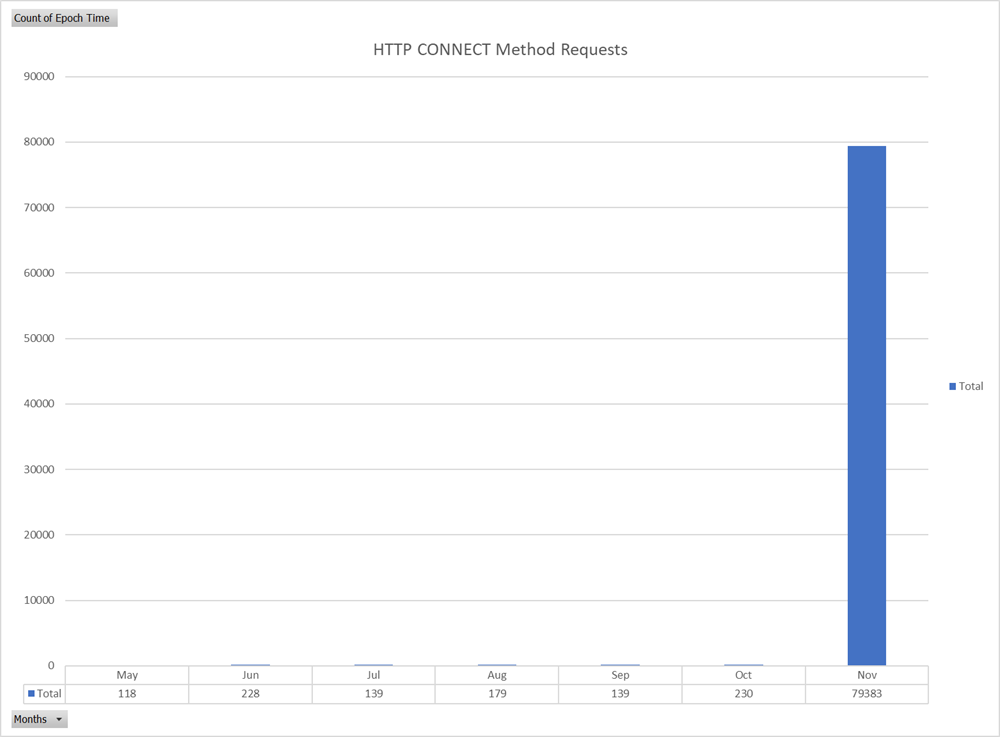 Figure 7: Graph of HTTP CONNECT Method Requests by Month Since May 2022 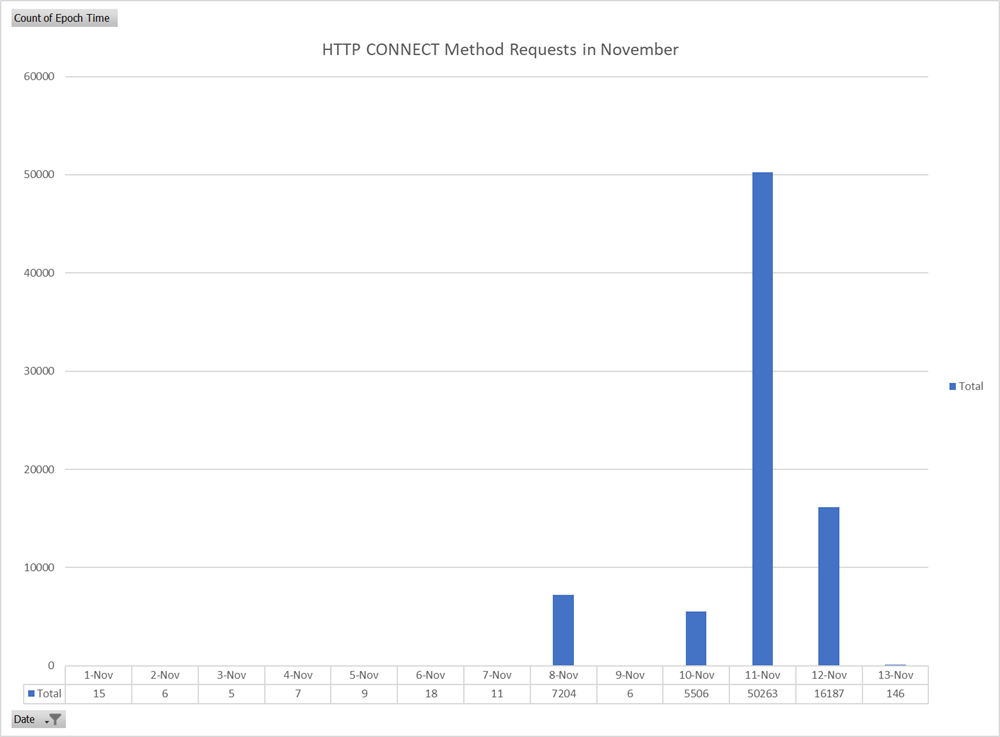 Python can be a great way to programmatically extract data from a PCAP and use that data for other purposes, such as data enrichment or summarization. It was an easy way, if other tools were unavailable, to easily summarize HTTP requests. For larger pools of data, using other tools such as Zeek can also be extremely useful.

The HTTP CONNECT requests may have been an attempt to relay traffic through the honeypot and hide the original source of the request. It is also possible that the traffic may have been funneled through multiple proxy endpoints to make identification of the source difficult to identify. Allowing HTTP CONNECT on internet facing resources can potentially expose internal network resources or assist in the forwarding of malicious traffic. A majority of the HTTP CONNECT requests were directed at port TCP 8080 (99.5%) with the remaining aimed at TCP 80.

Thank you for the very useful article.
Only a small correction: src_ip=pkt[IP].src.